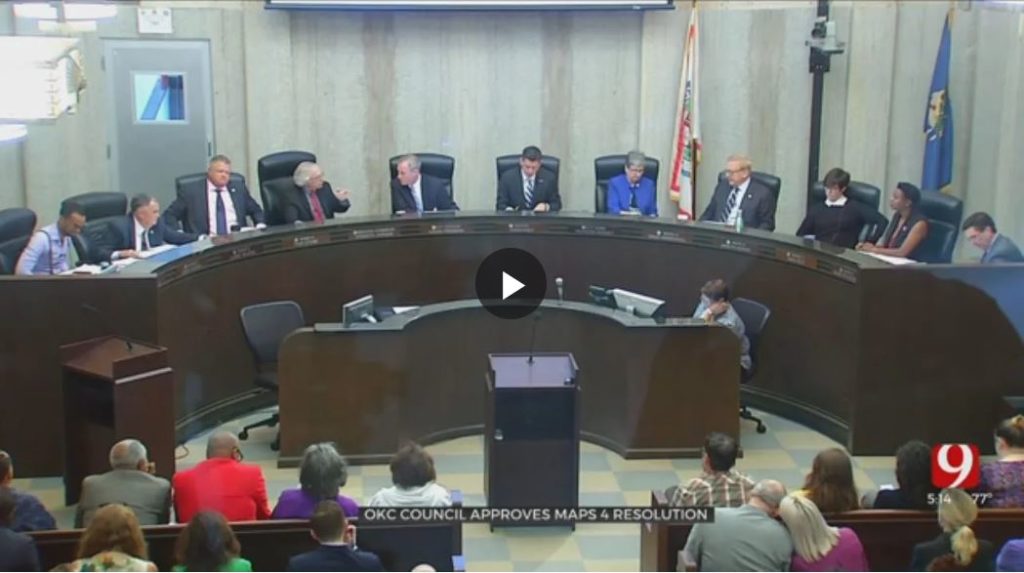 OKLAHOMA CITY – The 16 projects of MAPS 4 will officially go to a vote of the people on December 10. OKC City Council voted the MAPS 4 resolution through Tuesday, August 27 with some debate.

One councilmember proposed trimming the portion of money to the Innovation District by 10 million dollars.

The plan failed, and the eight-year 987 million MAPS 4 packages was passed with no one voting against the resolution.

However, former City Councilmember Ed Shadid provided fireworks at Tuesday’s meeting, claiming he plans to sue the city over the constitutionality of MAPS.

“Don’t you dare tell me that you came up with a MAPS that the people wanted,” said Shadid, who believes people should have the choice to vote on the 16 projects individually or at least over several votes and not just one package.

Shadid points to polling he had done showing a large percentage of citizens would prefer to vote MAPS 4 separately or in smaller pieces.

Shadid’s attorney calls what city council is doing “logrolling” and says to expect a lawsuit.

Meanwhile, those included in MAPS 4 came to OKC City Council Tuesday to show their support.

“We are just glad to be part of the proposal and glad to move on through the process,” said OKC Energy FC Co-owner Bob Funk.